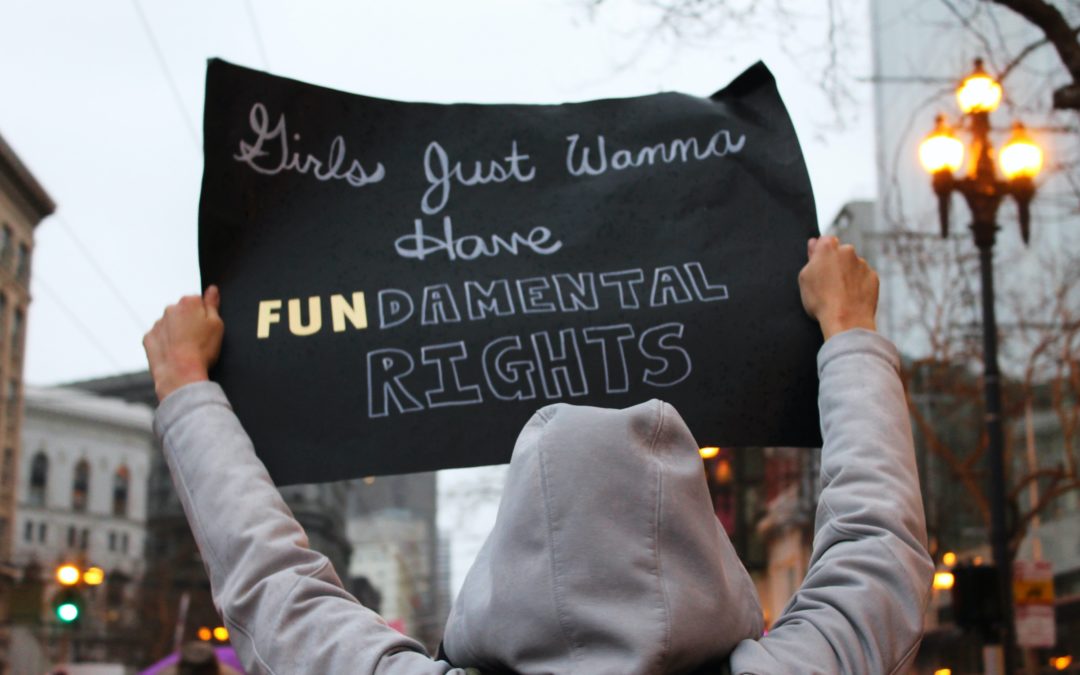 It has been through mankind’s greatest failures, such as World War II and Apartheid, that women were able to gain a steadier and more equal footing in modern society. World War II granted women the opportunity to enter the workforce and learn incredibly valuable skills whilst their men were away fighting the war. The dissolution of the Apartheid government meant that South Africa’s entire political system was reformed. This resulted in greater societal reforms for women and brought about positive changes, such as equal pay in the workplace.

So, if South African women really did gain an equal political footing with the dissolution of Apartheid, then why is it that our beloved South Africa still ranks as one of the countries with the highest rates of violence against women? Statistically speaking, a woman is murdered every four hours. How is this still our reality and what are we doing to combat the cultural sexism that we are confronted with daily?

Like any cultural or political movement that achieves great momentum and results, the advancement of women in modern society inevitably stagnated. This is especially common in third world countries like South Africa, where citizens are faced with much greater social and economic issues that threaten their families and their livelihoods.

At a higher level, we must consider the South African government and their role in tackling Gender Based Violence in the country. South Africa is politically unstable, to put it lightly. For a period of nine years (2008-2018), the ANC fell into the hands of corrupt leaders who stole unfathomable amounts of money from our country and her people. They simultaneously obliterated our education system and lowered the National Senior Exam pass rates to ensure that the percentage of students failing did not increase enough to cause alarm. Infrastructure and debt repayments were neglected which ultimately resulted in load shedding, undrivable roads and water restrictions. As a result, South Africa’s economy was crippled.

Therefore, it is quite apparent that the current South African Government faces a myriad of challenges after years of corruption ripped our country apart from the inside out. Gender Based Violence is not a high priority for our government. Our country has existed and functioned for many years despite the extreme violence against women and children. Unlike the recent attempted insurrection, violence against women poses no immediate threat to the South African government and our democracy. This is why it ranks fairly low on the list of fires the government is attempting to put out.

It is undoubtedly up to us to bring about change.

At Mid-level, South Africans as a nation face many challenges; power cuts, taxes, poor health care and more recently a string of stringent lockdowns put in place by the government to combat Covid-19 which has resulted in devastating economic loss. High crime rates are another part of the everyday life which South Africans have come to live with. This is not a reality that we should accept; however, many South Africans are more concerned (and rightly so) with putting food on the table for their families. They do not have the capacity to join social movements.

At Low level, individual woman of color historically faced and continue to face the dilemma of choosing between their personal needs and the needs of their family or community as whole. Many women of color live in dire circumstances and their need for basic housing, healthcare and safety consumes their time, energy and focus.

(It is important to note that there are however many incredible women who live through such circumstances and still contribute greatly to tackling Gender Based Violence through lobbying and community rooted organizations.)

If you take into account the above-mentioned factors, it is not difficult to see why South African women still struggle against cultural sexism.

In more recent years there has been an outcry on social media and news outlets, sparked by the brutal murder and rape of several young South African women. The sheer disregard for human life shocked us all.

A switch was flipped, and many South African women awoke to their current circumstances and realized that it is not normal to live with the fear and anxiety that they could be next. This sparked what looks to be like another period of momentum, as many women began taking action in different ways.

Now equipped with the power of social media, women have been able to make themselves heard. They have led online campaigns and successfully raised awareness about organizations and NGO’s who are physically tackling Gender Based Violence in various ways.

Social media platforms have also allowed South African women to challenge old cultural and traditional norms such as the patriarchal family structure. Some of these conversations have been extremely constructive and others have only facilitated hatred and separateness between genders. In some cases, it has unfortunately reached the point where people have become so separate that often times, they forget that we are part of the same species. Whilst the frustration and pain are warranted, we should be mindful not to lose our humanity in our efforts to bring about change.

The patriarchal family structure places man at the head of the household and woman second to man. This structure dates further back than the Roman Empire. The structure was designed according to the strengths and weaknesses of each member of the family during the agricultural revolution. Subsequently, women were placed second to men simply based on their biological capabilities during a period of time in history when a high value was placed on physical strength as it was required for survival.

It worked for a period of history, but like the education system, it has become somewhat outdated and in desperate need of reform.

Many South African women are the breadwinners in their family, particularly those living in informal settlements. These strong women provide for their families and it should be met with respect, not with fear.

As much as there are online campaigns there have been offline campaigns. Many South African have taken to participating in public demonstrations standing against Gender Based Violence in our country. This usually takes place outside of Parliament. Raising awareness is important as it publicly holds the government accountable and raises awareness. However, it is important to note that the more demonstrations a movement participates in, the less interested the media becomes. Let us not forget that every successful social movement in history had one thing in common; their greatest ally was the media. Do not underestimate their role in bringing about change.

The last group of people I would like to mention are the women who have taken action using long-term strategies. These women are building NGO’S, organizations and businesses that ultimately advance the cause whilst contributing greatly to their communities and the South African economy.

All of the women and actions mentioned above contribute greatly to the collective effort to bring an end to Gender Based Violence. It is important to note that it can only be achieved by the active participation of our communities. This is not a movement led by any individual. There is no Mandela or Martin Luther King Jr. to inspire the masses. This is a movement that requires the ongoing commitment of all women for an indefinite period of time.

There is no one way to ensure the outcome of equality for all women in our society. The only thing we can be sure of is that we must continue to take action because momentum is born from it. Despite our lobbying and outcries, the government will not be the pioneers for change in this case; they simply have too much to deal with. It is up to us to create the societal and cultural shifts we desire to see by building, educating and empowering those around us.

Women as a whole have never been particularly inclined to violence, tyranny or murder. The majority of us have a deep respect and understanding of life because we have the honor of creating it. This should not be seen as a weakness. I suggest that we change the narrative and use what society deems our weakness, as our strength.

Let us use the innate gifts that we were blessed with to uplift and build the society that we envision. One where humanity lives in harmony, at least within our own country.

I challenge you to turn inwards and consider what limiting beliefs and conditioning you have been predisposed to?

Women are not the other, we do not need anyone outside of ourselves to be whole. We are capable of great things.

Accept your autonomy on a personal level and then turn outwards and help those around you accept theirs too. Because we cannot bring about change until we truly believe that we deserve it.

To build a society where women are respected and honored.

To change the narrative, from victims to victors.

Please note, my writing is purely based on my opinion, knowledge and life experiences.

If you disagree with me, I merely ask that you do so respectfully.

I invite you to join the discussion, I would love to hear your thoughts!

Why do you think our country has some of the highest statistics for violence against women and what action can we take to tackle this epidemic? 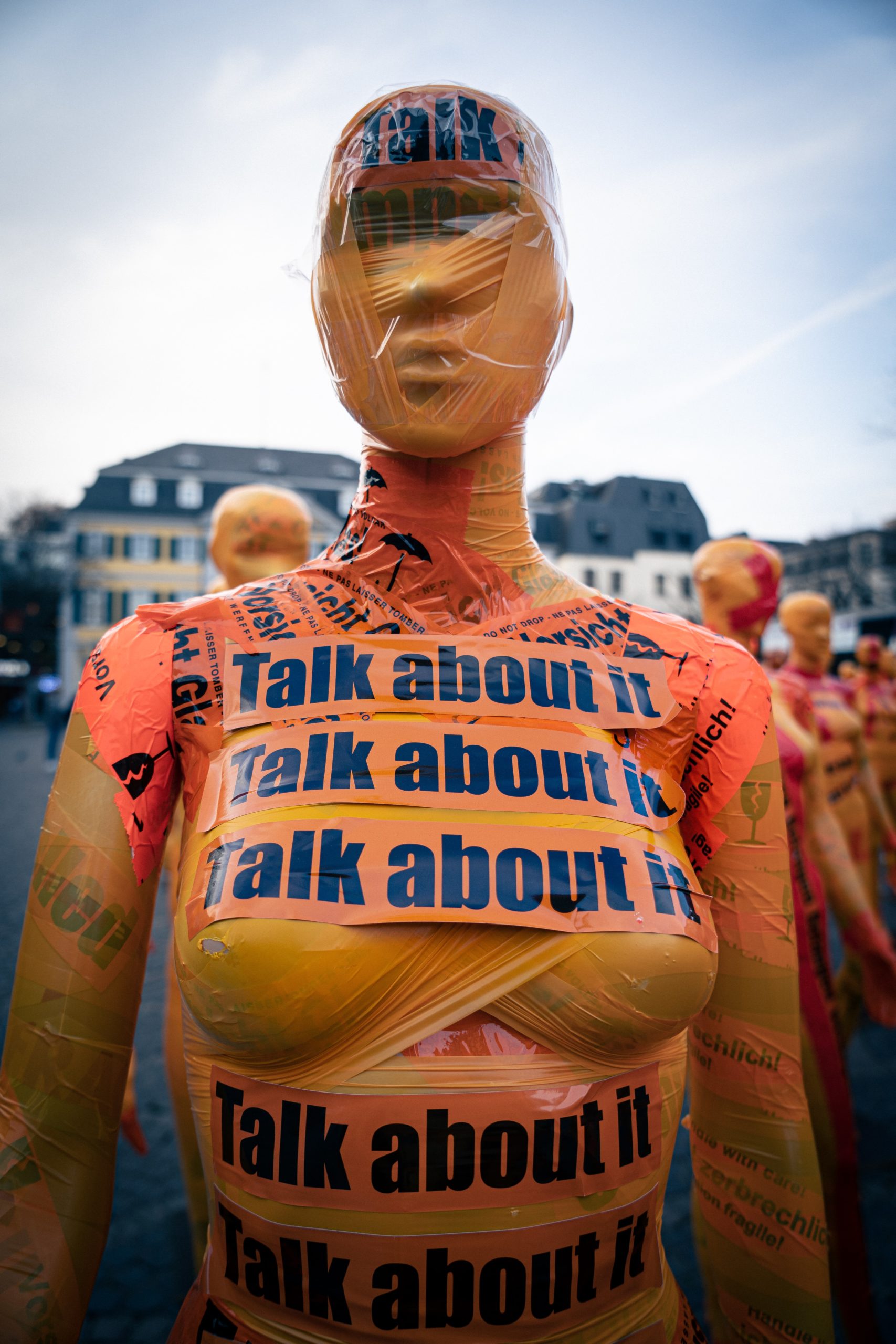