Billy Joel seems to think it’s because she makes her own money and is no longer afraid to tell a man to “@$!* off” if he bothers her.

Other people will scoff and say something snarky like “Ugg’s and duck faces.”

But may I dare to suggest,

It is the fact that she chooses what clothes she wants to wear each day?

Or because she now holds the power to manage mass corporations?

Or because she is now in control of her reproductive rights?

Or because she gets to choose if and who she marries?

Or because she finally believes herself to be autonomous?

They say that she is unvirtuous Immoral, loud, aggressive, and unladylike.

What this translates to is, “She has a voice, she is educated enough to form an opinion and she feels liberated enough to share it. – We don’t like it.”

Today I am going to analyze various aspects of the “Modern Woman” and use it to show just how much liberation and autonomy women have obtained in the last 100 years and bring to light a new challenge that women today face.

(It is important to note that the modern woman described below is one who resides in a country where the respective government supports gender equality.)

The Modern Woman is raised to be free thinking. Whilst there are certain roles she is expected to play as a female, she grew up with enough freedom to develop the part of the human brain that is responsible for critical thinking and has the opportunity and right to reject these roles if she so wishes. This may not always be received well by her family, peers or community but she will not be stoned to death or whipped for breaking away from the traditional norms. She alone is responsible for the course or direction her life takes.

The Modern Woman receives an education equal to that of men. She and she alone is responsible for what she does with this opportunity.

If she chooses to pursue a PhD or go no further than obtaining a high school diploma, it is her choice.

The Modern Woman is free to apply for whatever job she deems worthy of her time and energy.

She may now be a sergeant, a pilot, a surgeon and even a professional wrestler.

She is no longer limited to professions deemed “fit for women.”

(This does not mean her application is treated equally to others.)

The Modern Woman chooses what she wears.

There are no laws restricting what she wears.

Apart from the disturbing male stares and catcalls, she faces no immediate backlash for her choice in clothing.

She will not be denied entry into shops or use of public transportation if she chooses to reveal her knees or her shoulders.

(I will note here that this is very much a Western trait and that whilst many Modern Women from the East also have the freedom to choose what they wear, they will likely dress more conservatively, according to their culture as it aligns with their beliefs.)

The Modern Women is free to participate in activities alone and does not need a chaperone to accompany her anywhere.

The Modern Women is free to indulge in alcohol, debates and sexual promiscuity.

She may drink or smoke whatever she pleases as long as it is within the bounds of the law. She is free to discuss politics, ideologies and express her own opinion. She is no longer limited to conversational topics deemed “appropriate for women.”

She is allowed to embrace and explore her own sexuality.

The Modern Women chooses her values.

Many say that the Modern Woman is void of values.

I will dare to say that she is more principled than ever.

Instead of quietly conforming to society’s traditions and norms because she is forced to, she now forms her own principles and values, and she stays true to them.

Just because these values are not identical with that of women who lived 100 years ago does not mean that she does not have any.

Traditions have been greatly challenged over the last 50 years and it is important to note that this is due to a major cultural shift in the west, and it has been pioneered by women and men. This is largely due to modern society and the state’s separation from the church.

The Modern Women exists in the 21st century; however, she is not found in every part of the world. There are still many countries where women are treated as second class citizens, and they survive under extremely oppressive laws and are regularly exposed to cultural sexism in the form of extreme violence.

They are traded like cattle and treated as incubators.

The Modern Woman fights for these women.

She uses her freedom, time and energy to contribute to the liberation of these women.

So how is the Modern Woman different from women 100 years ago?

Women 100 years ago faced a myriad of oppressive laws and challenges that women today simply do not face.

They were treated as “the other”, as “God’s mistake”.

They could not vote, express their opinions or question their male counterparts.

Growing up in such an intense, draconian society, it is not far-fetched to conclude that women 100 years ago did not believe themselves to be autonomous.
Many of them accepted their place in society and did the best they could under the circumstances.

The Modern Woman is very much aware of her autonomy.

She is a human being before she is a woman, and she demands to be treated as such.

It is this simple concept that defines a Modern Woman.

She demands a seat at the table, and she is no longer afraid to ask for it.

Of course, like any group that obtains a degree of liberation there has been a tipping of the scale.

After centuries of oppression and pain, some of which is still happening in parts of the world today, many women are angry.

Unfortunately, this anger has come to cloud our judgement, and in many cases, women have separated themselves so much from men that they forget we are of the same species.

Above all it is imperative that we keep our humanity as we continue building a society upon the foundation of tolerance.

It sounds like we have it all, right? If we compare ourselves to women who lived 100 years ago it is very easy to say that we are completely liberated.

I mean, comparatively what challenges do we possibly face today?

The truth is, we do face challenges – they just look different to the ones women faced a century ago.

There are many modern challenges that the Modern Woman faces, but for the sake of keeping this a blog post and not turning it into a book, I will only mention one.

It’s no secret that women have always been sexualized.

Many prophets of old and men deemed women evil and of the devil because we simply served as a reminder of their weak resolves and tendency toward sinful thoughts or actions.

The Modern Woman is free to explore her sexuality nowadays and this has unfortunately resulted in women being more sexually objectified than ever before in history.

Thanks to the advertising and pornography industry, culturally, women never even stood a chance of being seen as equals in a society predominantly run by men.

After all, how can you be equal when all you are subconsciously (sometimes consciously) is an object of gratification.

Sports teams, beverage companies and even some airlines are a few examples of companies that have sold their products or services hand in hand with an image of a beautiful, busty, half naked female body.

Unfortunately, many women have failed to spot the trap.

They have fooled us into thinking that by flaunting our naked bodies we are utilizing our new found freedom.

This couldn’t be more untrue.

Whilst we advocate self-love and body autonomy, we want to remind you that you are more than your body.

If a photo of your body in your underwear gets more likes than a photo of you holding up your degree, then you have to admit that the metrics used to judge may be warped here.

Now you are certainly welcome to argue.

You could say “ MEN should know how to control themselves.”

Or “My body is mine to do what I please.”

I agree with you. But unfortunately, we simply aren’t there yet.

Albeit the incredible progress we have made in the last 100 years, there has still not been enough of a cultural or evolutionary shift for men to not see a half-naked woman without feeling sexual impulses.

Large industry knows this, and they have exploited it.

They have exploited us.

Despite this new and difficult challenge, we have come a long way and I am incredibly hopeful about the direction we are heading.

Women are stepping into their power more and more each day and it is truly inspiring to see.

It’s important for us to help one another and remind each other of the simple fact;

We are human beings before we are women.

So, I will end this piece with a statement that I hope you will consider.

The Modern Woman has a right to a seat at the table, she should not have to trade her body for it.

As always, my writing is purely based on my opinion, knowledge and life experiences.

If you disagree with me, I merely ask that you do so respectfully.

I invite you to join the discussion, I would love to hear your thoughts!

What is your idea of the Modern Woman and how do you think we can begin addressing the sexual objectification of girls and women in our society today? 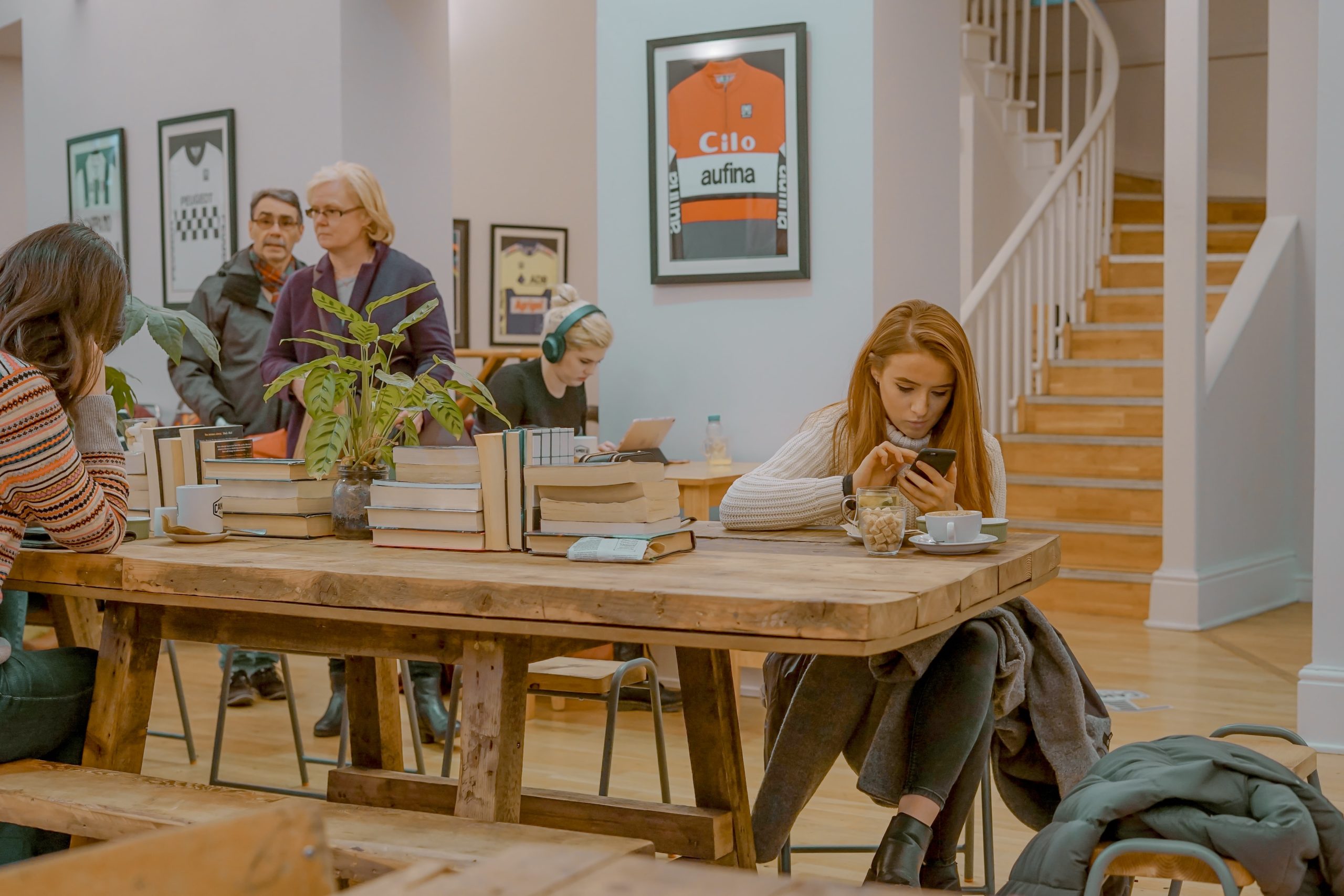